Here are some pictures of the house where I am living in Accra. 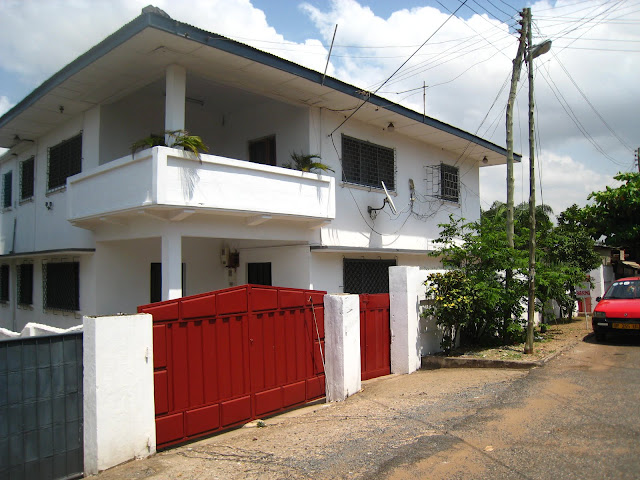 A view from the street, officially named "Third Mango Tree Lane," but I don't think anyone actually knows this. 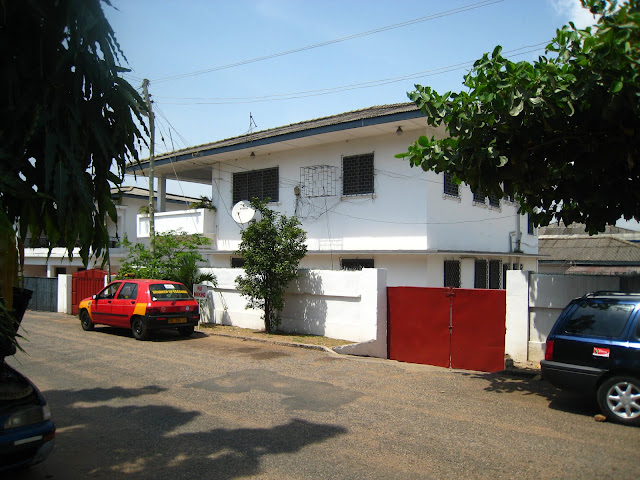 The gate and driveway, first from the outside... 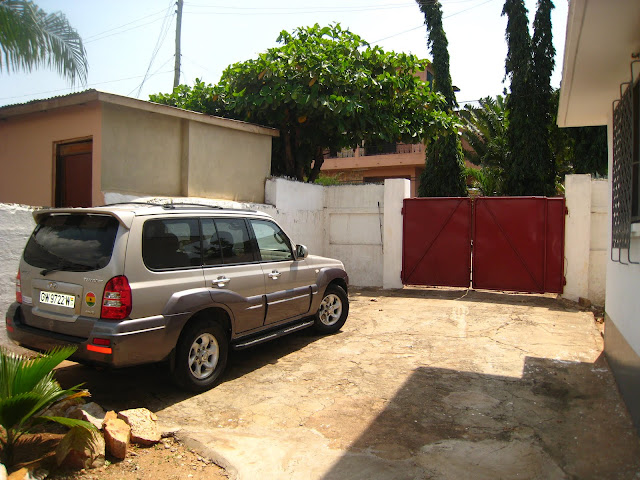 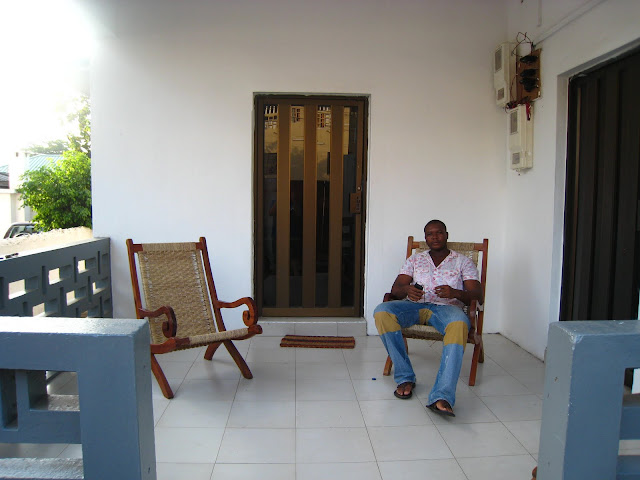 The front porch, with Fred enjoying the cooler afternoon weather. 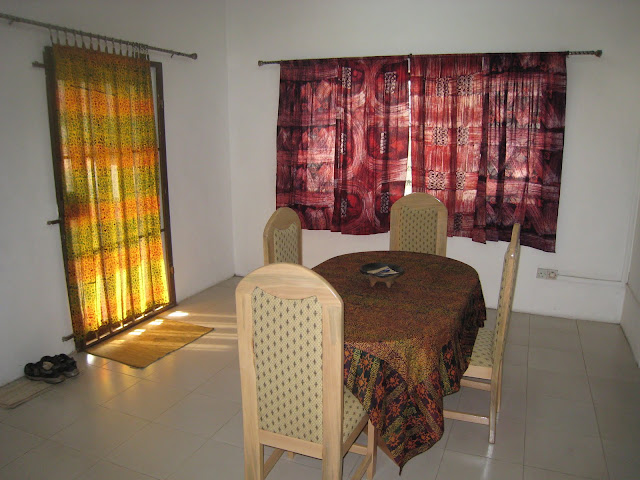 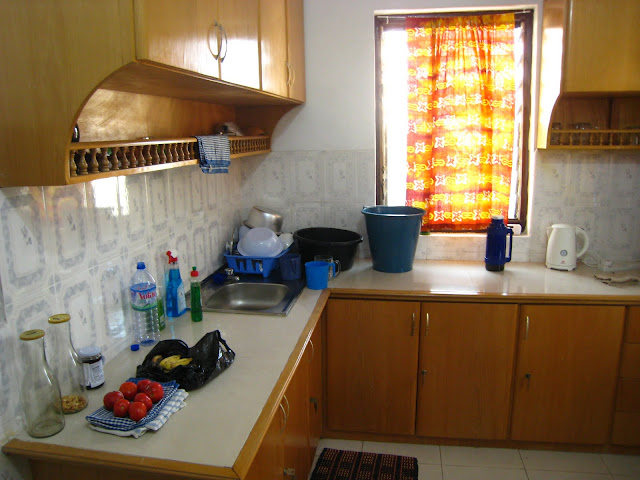 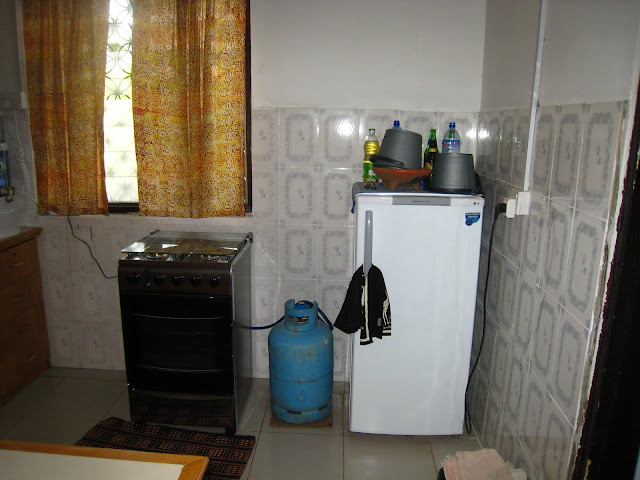 Frig and stove. The stove is fueled by the tank to its side. 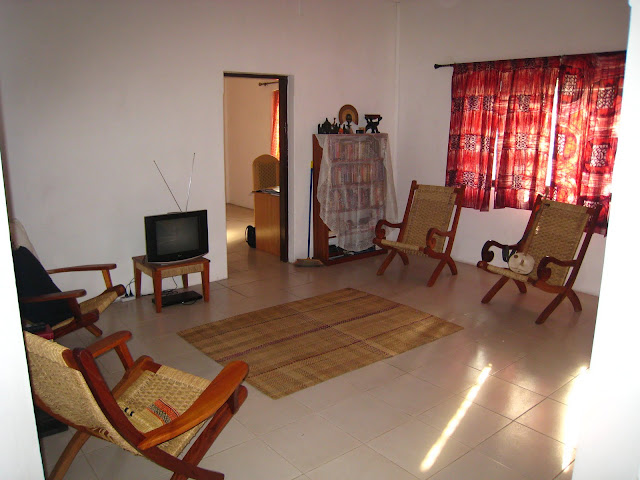 The living room. I'm in the process of getting some furniture. It was supposed to be done in early January, but here we are at the end of February!!! 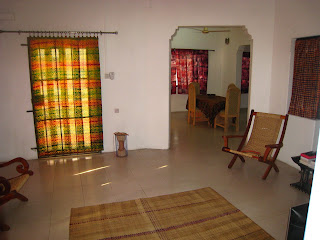 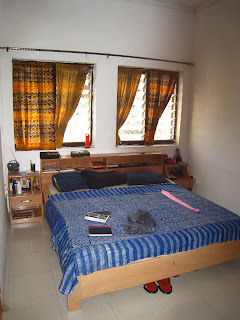 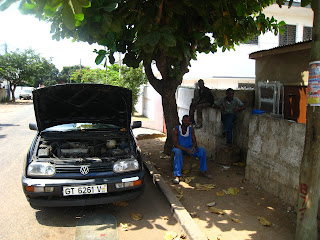 The "fitting shop" as it's called here, or auto mechanic, has spilled out from his small plot of land into the street. There's a no parking sign in front of my house, but usually two or even three cars end up there by the afternoon, with guys working on them. At least their a friendly group of people, and I think of them as my free security service. 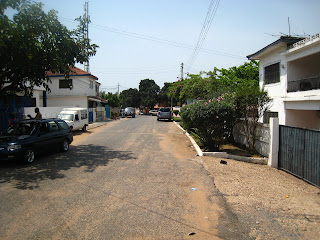 A view down the street, towards the nursery school. The charismatic church and political office are behind the house, on the next street over. 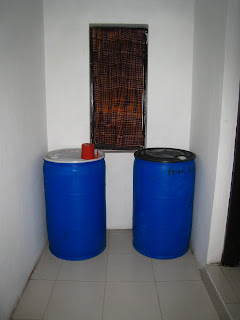 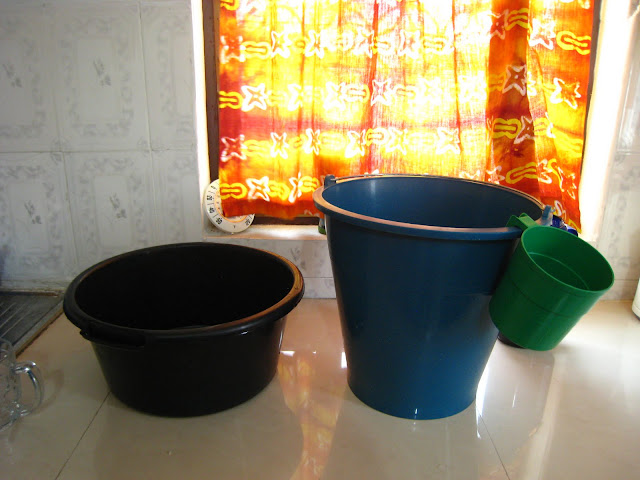 Some necessary items in Ghana, which you don't really need at all in the U.S.: a tub for washing dishes -- a useful way of conserving water; the bucket, which can be used for bathing, washing clothes, and getting water from the barrel; and the cup, also used while bathing or washing, for getting water out of the bucket and to where you need it.
Posted by Josh at 1:55 PM 1 comment: