Bonakye, Ghana -- the very northern part of the Volta Region

I always enjoy traveling to the northeastern part of Ghana, to towns like Yendi, Bimbilla, and Damanko, especially in the rainy season which begins in May and lasts into October. The area is very dry and dusty from October to April, but when the rains start in May, everything turns green and the rolling hills become beautiful. 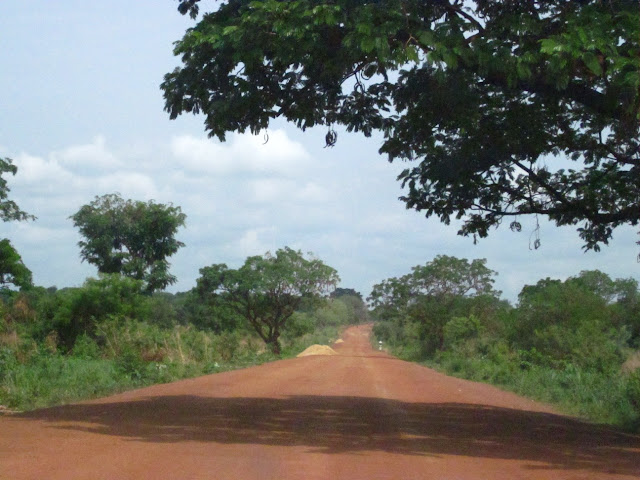 It's a very undeveloped part of Ghana, because no good roads pass through the region. It is, however, the main transport route for yams that originate in the north to get to Accra. The government has been promising (for more than 10 years) to widen and pave the road from Yendi to Nkwanta to Hohoe to Akosombo. Although the work on the road has started, I still question if it will ever be completed.

As Ghana's election nears (to be held in November 2012), the residents of this area have been making more and more appeals to the government. In particular, it's common to see signs which read "No Lights, No Vote" - which is a demand for electricity to be brought to the region. In some towns, high tension wires pass overhead, but the government hasn't brought access to the people living below.

I travelled to the area in May, to attend a funeral for a colleague's mother. Here, you will see some pictures from that trip. 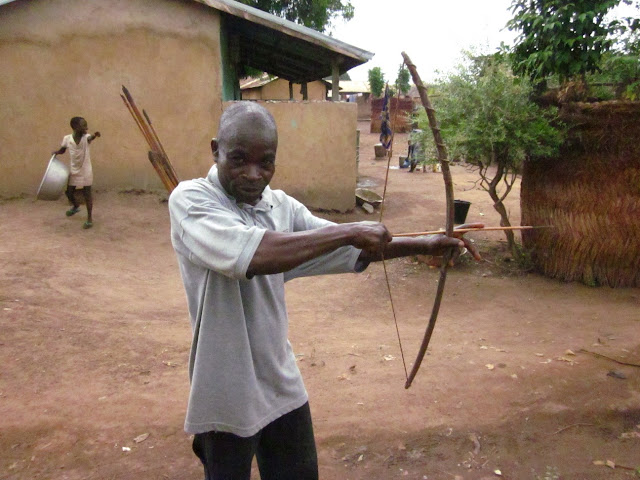 A man from the village who hunts in "the bush" using his locally made bow and arrow. 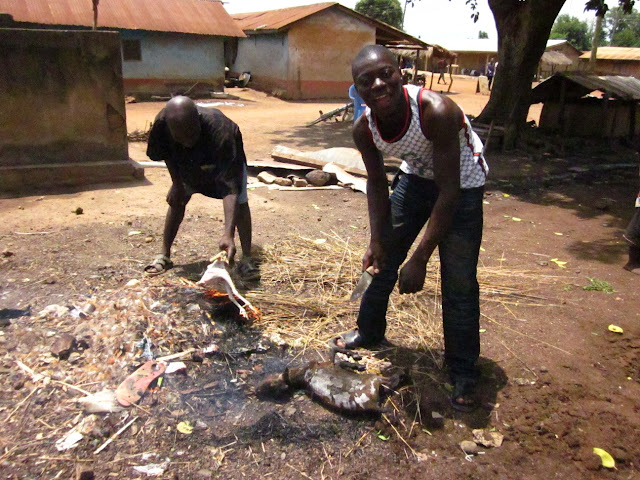 These young men were burning the feathers and hair off a chicken and goat. The meat will be used to feed guests who have come to the village for the funeral. 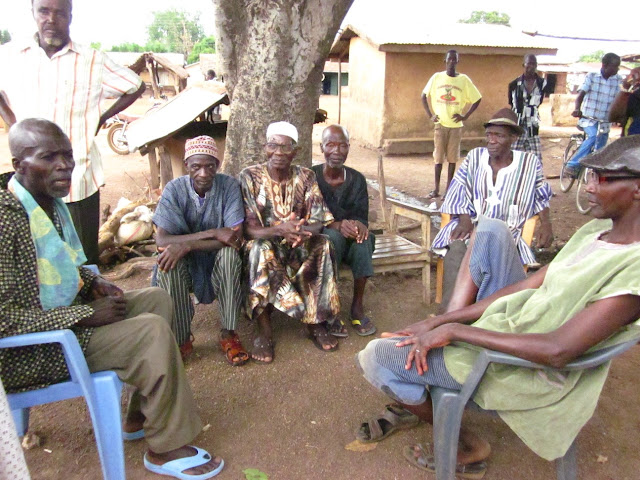 Some of the village elders. 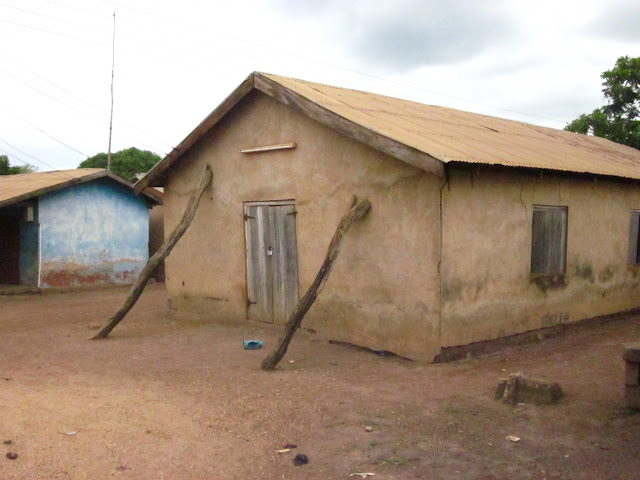 The Evangelical Presbyterian Church congregation in Bonakye. The front wall of the church has begun to collapse, so the wood is used for extra support. 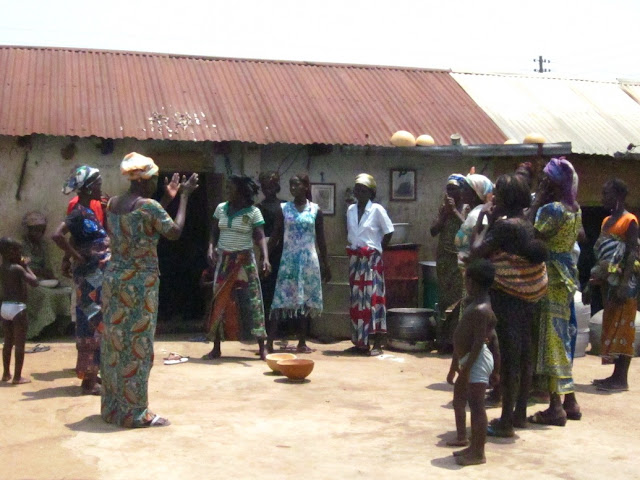 The women of the village, performing a traditional dance around a calabash, in memory of their sister who died. 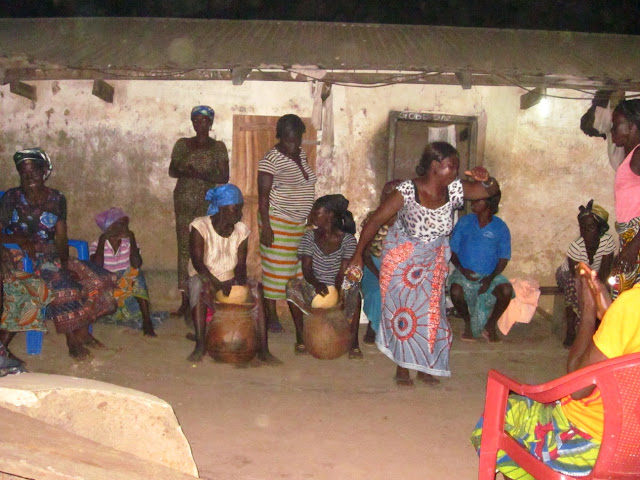 The women use clay pots and calabashes to make music and dance. As the calabash hits the opening of the pot, it makes a thumping noise, similar to that of a drum. 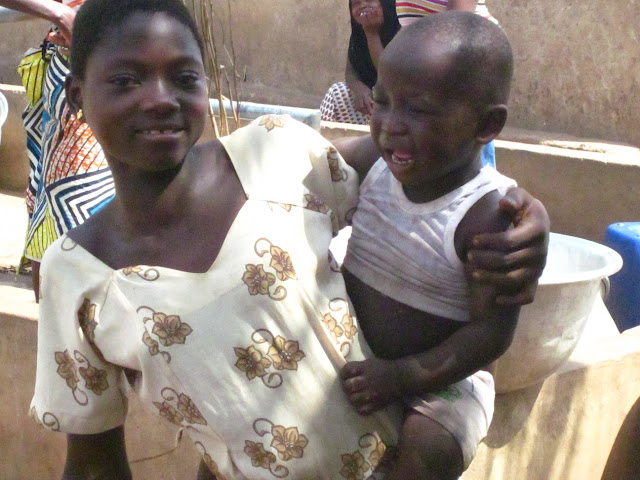 Above and below, some of the children in the village. 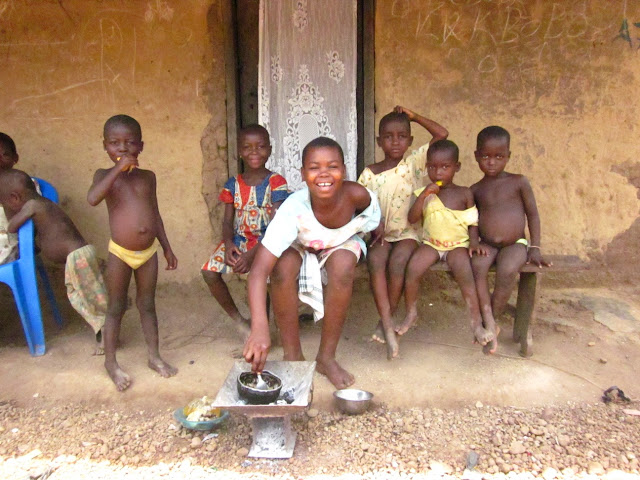 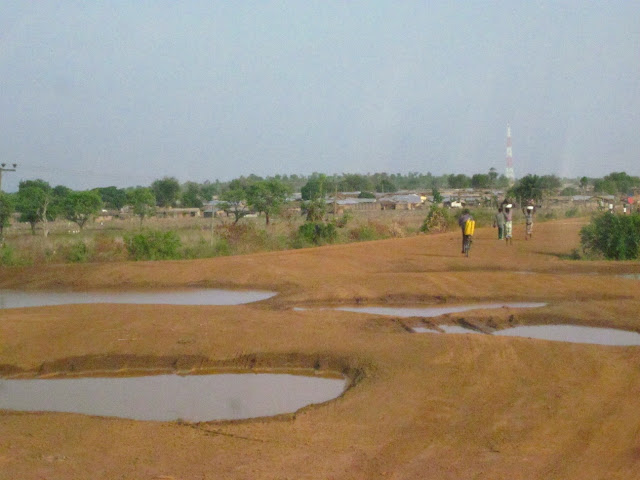 In some stretches, there is more pothole than road! At times, you even have to get out of the car to look for the shallow way to cross. I once encountered a car up to its windows, stuck in the mud and water. Apparently the pothole was a lot deeper than anticipated! 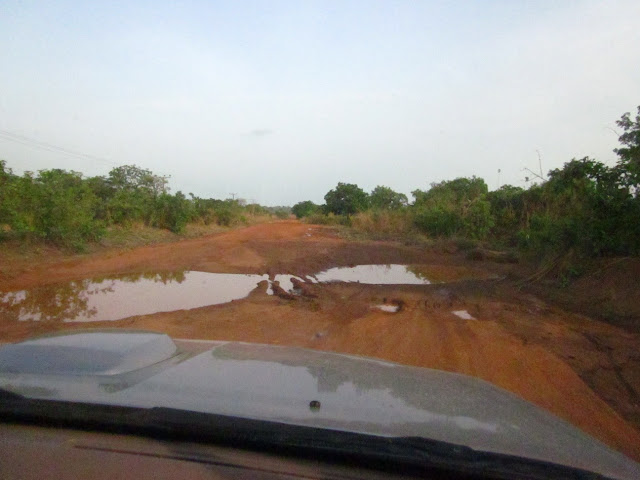 Below, some "No Light No Vote" signs -- residents of the region demanding electricity. 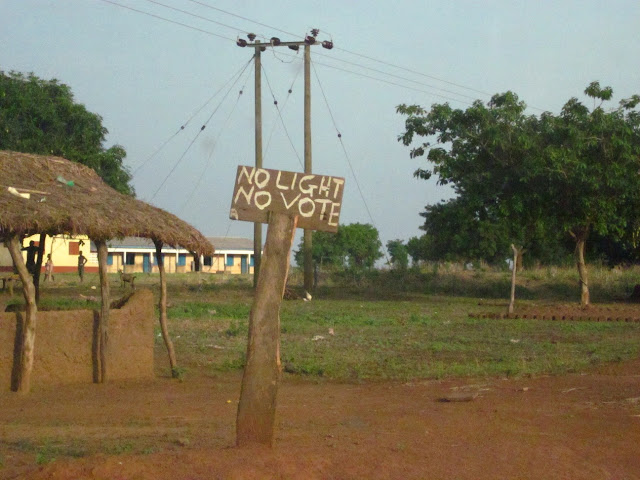 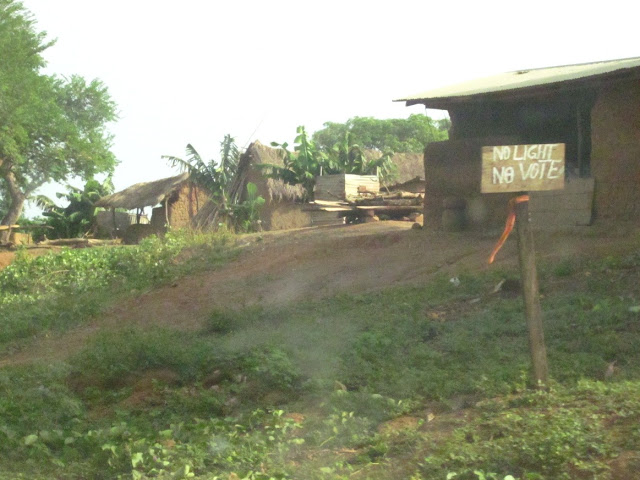 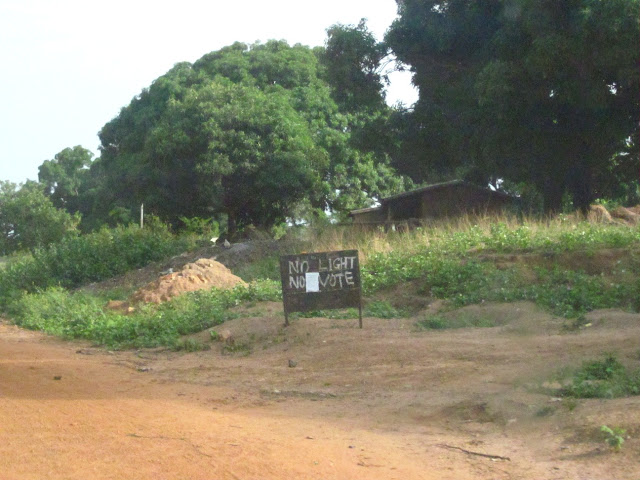 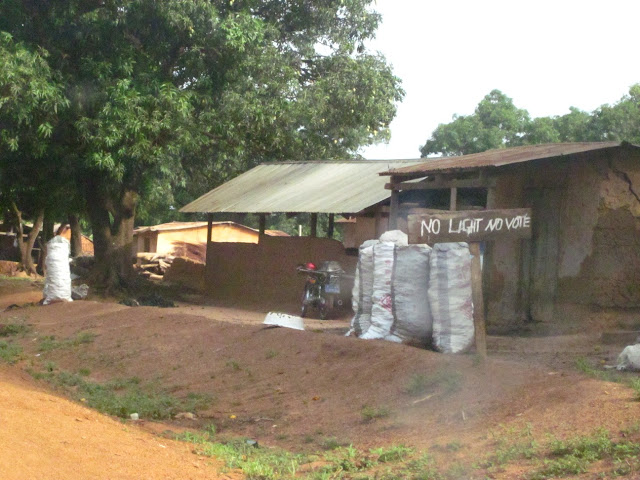