The EEPT - Eglise Evangelique Presbyterienne du Togo, held its annual synod in February, in the town of Tsevie, about 30 miles north of Togo's capital Lome.  The procession into worship began at the church's primary school, on one side of the main north-south Togolese highway, and crossed over into the chapel on the other side.  Traffic was stopped for about 20 minutes, in order for this to happen.  For the recession, it was the same thing in reverse.

During the worship service, the EEPT ordained 15 new ministers.  It is during the ordination service that they are first allowed to wear the pastoral robe. 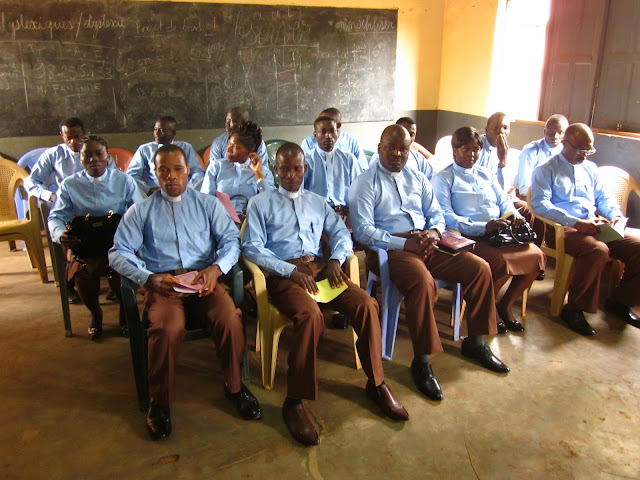 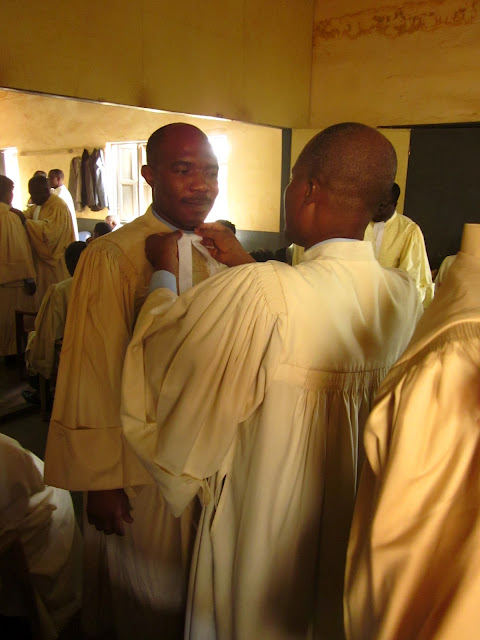 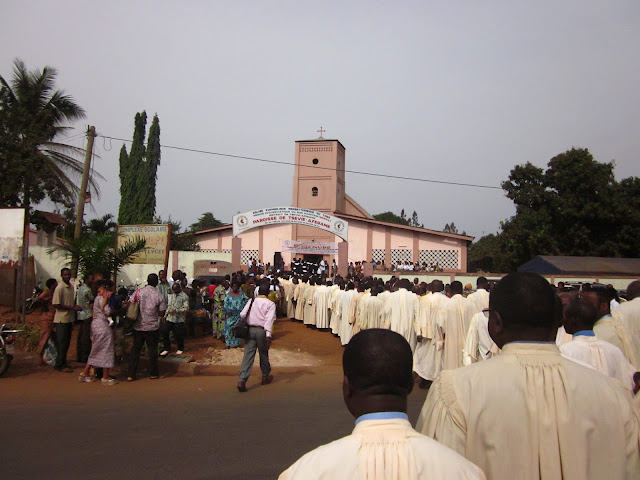 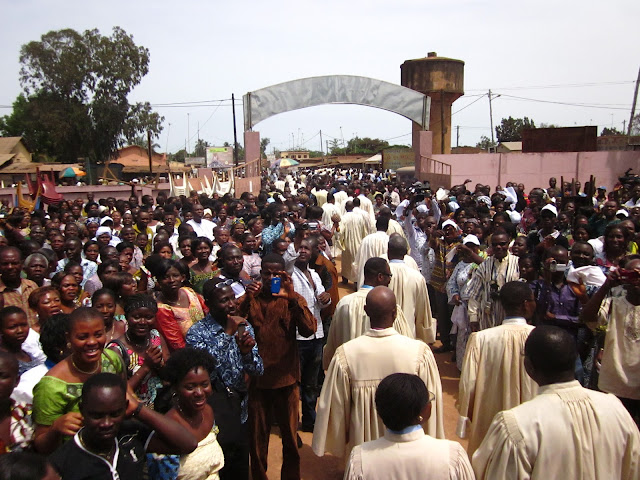 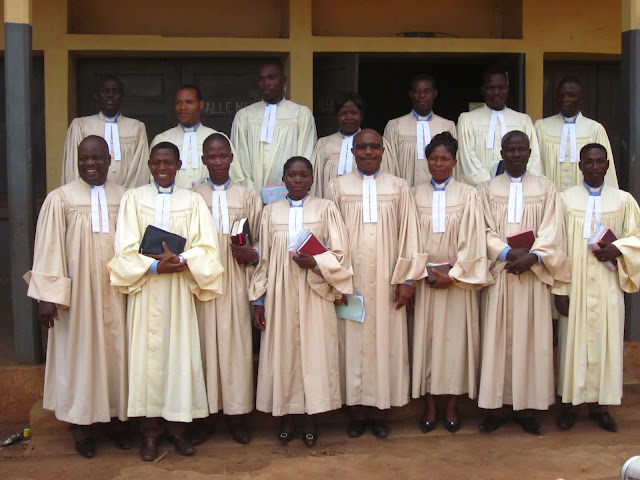