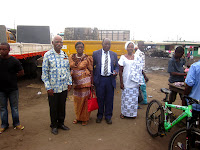 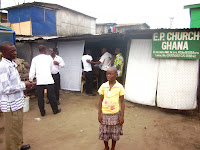 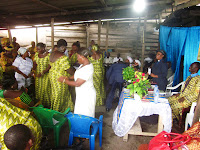 Some pictures of the congregation before the fire.  Left:  the entrance to the shed, which served as the chapel.  Center: Rev. Patience Akator, Lartebiokoshie District Pastor, at the communion table.  Right: Mr. Geoffrey Wuaku, the congregation's catechist (in blue suit) standing in front of the yam trucks, which back up to the chapel entrance.

Over the course of the past year, I've been helping the Lartebiokoshie District of the E.P. Church with its Konkomba Market congregation. Konkomba Market is comprised mostly of young women and men under age 25 from the Konkomba ethnic group. The Konkombas find their home in the eastern Northern Region of Ghana, in towns like Saboba and Tatale and the area around Yendi, and in the northern Volta Region, in towns like Kpassa and Damanko. The E.P. Church has had a presence in this area for more than 50 years.

The Konkombas are known throughout Ghana for their yams. In fact, the main yam market in Accra is also called the Konkomba Market.  This market is where the congregation is located.  Many of the young men and women have moved from the north to Accra to find work. Some of the them work in the yam market, together with their families, who grow the yams in the north and then ship them to Accra to be sold.  The E.P. Church congregation has become a second home for the ones who have come south.

The Agblogboshie neighborhood of Accra is a world apart from the north. In recent years, it has received some notoriety for its garbage dumps. A 2010 article in the New York times called it a "Global Graveyard for Dead Computers in Ghana."
(See http://www.nytimes.com/slideshow/2010/08/04/magazine/20100815-dump.html.)

Be sure to check out these links, because the photos are quite striking!

On May 31, 2012, a fire moved through the area where the Konkomba Market Church chapel was located, burning the building to the ground. Fires seem to be common in the area, as many of the houses are made of wood and without electricity, forcing the occupants to use candles and kerosene lanterns. It's a dangerous mixture. 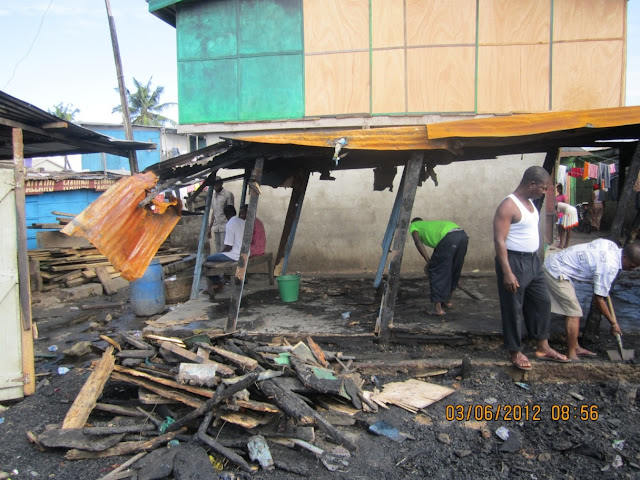 Although the fire burned the chapel on a Thursday, the young men and women gathered on Friday and Saturday to clean the plot and erect a temporary shelter. On Sunday, they still gathered for church, although their numbers were much reduced.

The membership of the Konkomba Market congregation continues to grow, and it's now more than 100 strong. Next year, they will celebrate their 10th anniversary. The church hopes to erect a permanent concrete block building by that time which will be resistant to fire and will better suit them as they move forward.

Below, you will see some pictures of the work that was done after the fire, to get the church ready for Sunday morning worship. Thanks to Mr. Solomon Bagmae for these photos. 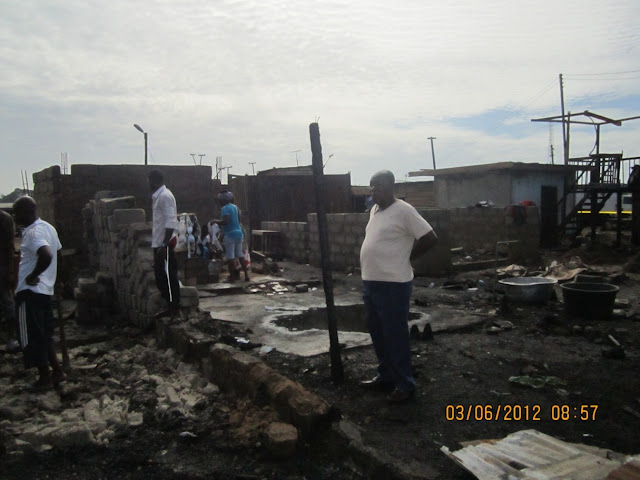 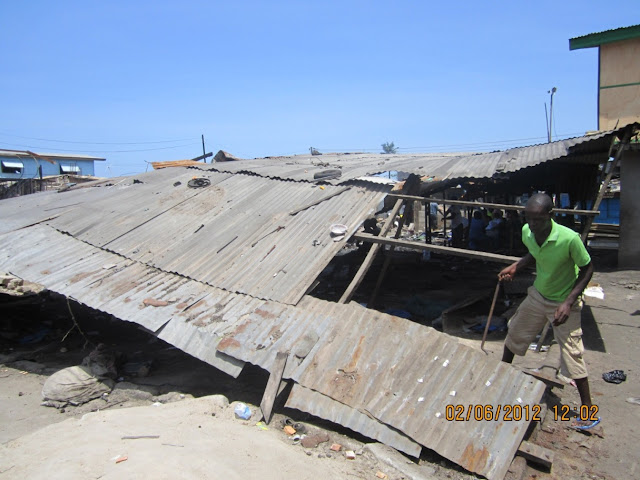 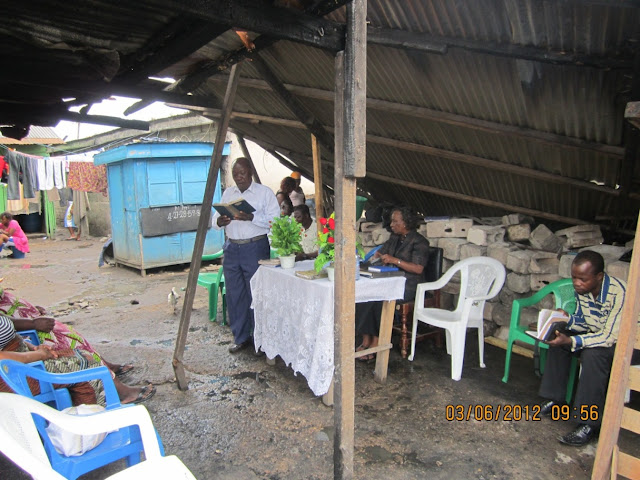 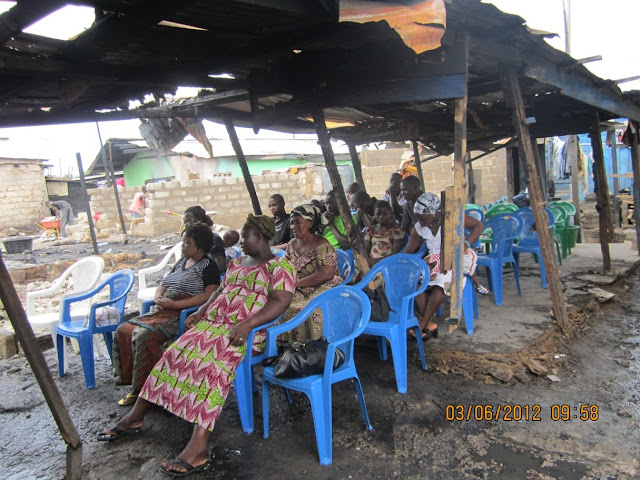 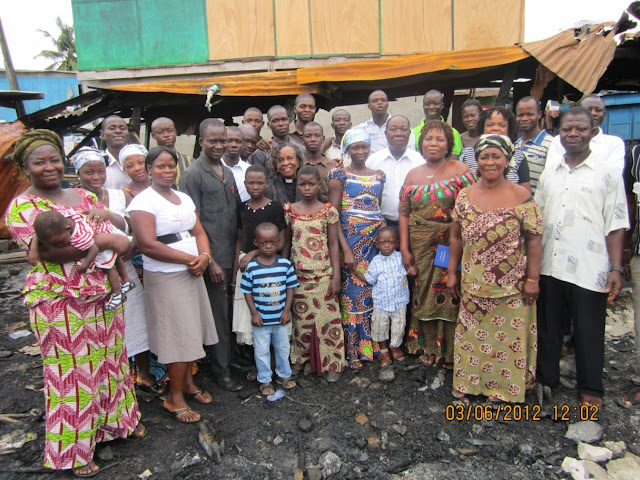